Home » FOR GEN X AND GEN Y – workshops and mentoring

FOR GEN X AND GEN Y – workshops and mentoring 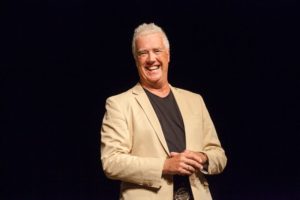 I will share my best-of-breed processes, techniques and case studies to prepare you as an emerging leader to combat future changing market conditions and trends.

Millennials have to be across these opportunities. But who are they?

Why Millennials are the most misunderstood generations

They are frequently dubbed lazy, irresponsible, and party-obsessed but new research has painted a brand new image of the Millennial generation as hardworking, socially aware and financially savvy.

Born between the 1980s and 1990s, these are the Aussies who grew up around the turn of the millennium and who are famous for spending too much, saving too little, hopping from job-to-job and partner-to-partner.

But Australia’s biggest study on the group — The Australian Millennial Report 2019 by Millennial Future — has exclusively revealed to BW Magazine that it’s time to forget everything you thought you knew about the generation.

PR account manager Jack Power moved out of home at 18. He is also on a clear career path and in a committed relationship — not what many expect of a Millennial male.

The now 24-year-old inner city resident says he often has to defend himself and his generation from common misrepresentations.

“There are a lot of misconceptions about our generation,” he tells BW Magazine.

“I even have them within my own family. My two older sisters, who are Gen Y, love to make broad statements about me and my friends, that we’re lazy and not very mature.

“I feel people see us as having an unrealistic perspective on the world. Because we are the ‘Woke Generation’, in that we’ve woken up to generational injustice, we are seen as whinging and complaining. But that’s far from the truth.”

Mental health awareness also plays a big role in the life of 20 and 30-somethings such as Power and can even guide their social and work interactions.

“When I was in high school nobody talked about mental health, now it’s nothing to say to a friend ‘I’m not going out tonight, I’m feeling a bit down’,” he says.

His approach to mental health is aligned with the study’s findings.

Mark MacSmith, one of the demographers behind the study, found Millennials exercise to improve their mental and physical health rather than just to get the perfect six-pack abs.

“The increase in conversations about mental health was a big surprise,” he says.

“We saw that 50 per cent of Millennials had a conversation about mental health in the past month.

“They are either talking about themselves or helping support their friends but it shows that they are very familiar with the term (mental health) and are really positively looking to improve it.

“It’s different to past generations who would just not talk about. I think it’s a big step forward for Australia.”

Compared with last year, those aged 19-36 are now more focused on saving up for a mortgage if they don’t already have one, the report found.

Another step forward is the focus on saving more and spending less.

“In February 2019 out of a survey of more than 2000 Australians, we found that 39 per cent of Millennials have easy access to their savings in case they need $5000 urgently,” she says.

“Only 5 per cent of Millennials have taken out a loan for unforeseeable expenses. This means they do have savings. The cliche might be different to that but they are very money savvy.”

Hassan adds that they also love a discount — refusing to pay full price for everything from travel to clothing. Aside from using the internet to compare prices, Hassan says Millennials are gutsy enough to negotiate and demand a better price.

“They seem to fear having a bad credit score and are actively trying to fix their credit score,” she says.

North Bondi local Isabella Donato is a perfect example of a money-conscious Millennial. The 22-year-old who recently moved to Sydney from Melbourne ensures she always has savings.

“I’ll never let myself have zero funds,” she says.

“The world which Millennials are moving into, and the job landscape, is not the kind of safe and secure and stable world it once was,” she says.

“The nature of jobs and what’s on offer now is quite different. There are more short-term positions, not permanent full-time nine-to-five jobs.

“The entry point for jobs these days is through the short-term jobs and then you’re able to take advantage of longer term employment.”

In her experience, casual employment and the cost of living makes it harder to be financially stable.

“There are lot of high-level costs to start off with like the bond for rent, saving up for a car — if you’ve studied, and you’re working you may start paying that off,” she says.

Brown says younger workers are also more likely to want employment that aligns with their outlook on life.

“Millennials want to agree with a broader impact of their work, they like it to align with how they see the world,” she says.

“And if that aligns it’s very satisfying.”

When Millennial demographers Tom McGillick and Mark MacSmith conducted the nation’s largest study on their own generation, they were surprised by the results.

It appears many in their generation are defying the stereotypes. The pair found that while Millennials are always on their phones, the screentime may actually be doing them good.

“One big trope with Millennials is that they spend too much time on their phone, doing damage to their personal relationships, sociability and mental health,” McGillick explains.